11:35 AM PT — A Notre Dame school official tells TMZ the university was aware of the walk-out, and even helped them out a bit for minimal distractions. Students asked ND heads a few days before graduation which exit they should take to cause the least amount of attention. ND didn’t fight the protest. We’re also told about 99% of the class stayed and received Pence warmly, which they consider a success.

Mike Pence learned the true meaning of the phrase “Fighting Irish” when a couple dozen grads removed themselves from the ceremony during the Veep’s commencement speech.

Pence was asked by Notre Dame to deliver the speech Sunday at its graduation, but the moment he stepped up to the lectern … at least 20 students got up headed toward the back.

It was a planned protest against the Trump administration … point made.

It’s kind of a big deal. ND is a Catholic school … and Pence is famously Christian. Also, the university is in Indiana … where he served as governor before being tapped as Trump’s VP.

Pence carried on like nothing happened. He fired up the audience and even got some cheers. 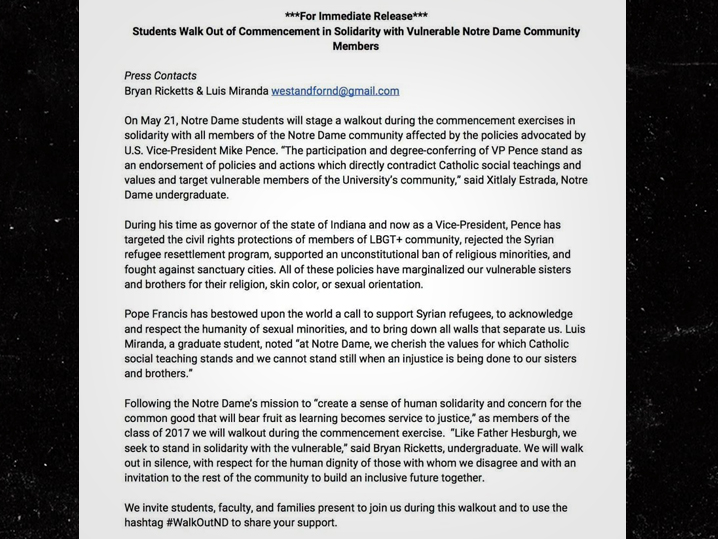