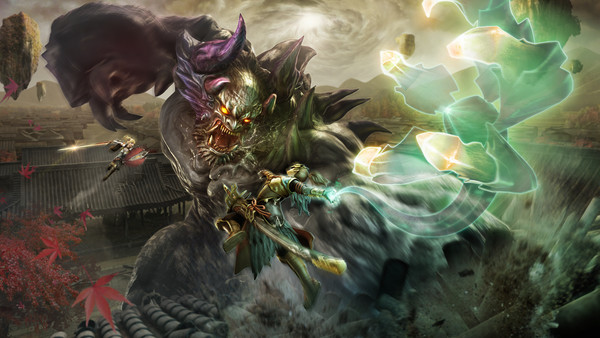 Players of the free version are able to take on Group Missions alongside players of the paid version. However, missions in the free version have a “Stamina Cost” to participate, where each unit of Stamina requires eight hours to replenish. By purchasing “Gems” through the PlayStation Store, players can improve their Stamina level or replenish Stamina more quickly.

KOEI Tecmo America and KOEI Tecmo Europe released the paid version of the game for PlayStation 4, PlayStation Vita, and PC in March.

The game shipped on PlayStation 4, PlayStation 3, and PlayStation Vita in Japan last July, and the free version launched in Japan for PS4 and PS Vita in October.

Players will take on the mantle of a Slayer charged with the task of defending humanity’s last remaining villages from the supernatural threat of Oni. Taking all types of shapes and sizes, these demons creep out of dark rifts in space and time to prey on mankind. Warriors from the ancient and secret cast of the Slayers are the only ones equipped to stop them!