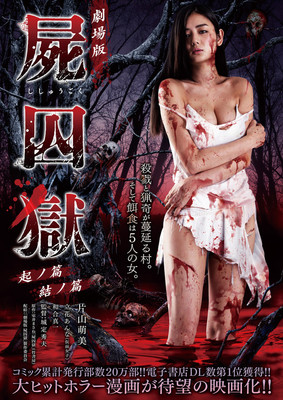 The story takes place in mountain village where a girl has not been born in 50 years. A group of female college students visit the village and a bizarre murder case unfolds.

Muroi launched the series on Takeshobo‘s “Manga Life Win” web manga site in late 2014, and Takeshobo published the fifth and final compiled volume on March 27. The manga has more than 200,000 copies in print.

Albatross Film began streaming a trailer for the films. (Note: Video may not be safe for work.)