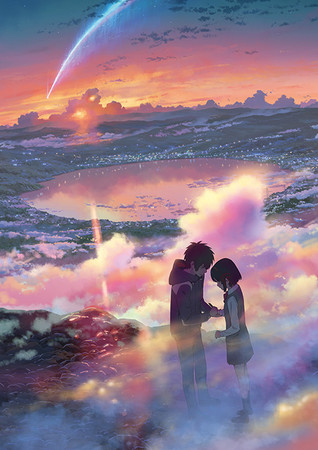 The Box Office Mojo website updated its box office estimates for the your name. anime film through April 30. The film earned about US$206,689 at 123 theaters in the United States and Canada over the weekend of April 28-30 to rank #30. The film has earned an estimated total of US$4,479,066 in the United States and Canada after four weeks in theaters.

your name. earned US$1,813,781 in its debut weekend beginning on April 7, and ranked #13 at the box office. The film had a per-screen average of US$5,832, and the film’s per-theater average for April 7 was higher than any film in the top 12. The film earned more than US$4 million by the end of its third weekend.

Funimation is hosting screenings in the original Japanese with English subtitles and with an English dub.

Thanks to Daniel Zelter for the news tip.